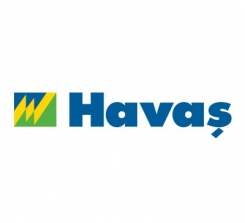 Our city, which is located on the highway network connecting the east of Turkey to the west, has many advantages in terms of both road, airline and railway transportation. Our city, which has heavy passenger traffic and freight traffic, is developing rapidly in terms of logistics. With the investments to be made at the point of cold chain transportation in the region, the export of fresh vegetables and fruits has the potential to provide an advantage to its investors as a new business line.
Passenger transportation with the trolleybus, which is a first in Turkey in urban transportation, was put into service by Malatya Metropolitan Municipality in 2015. It is thought that the line connecting the east and west of the city will relieve urban transportation.

Due to its renewed and shortened roads in the directions of Kayseri, Adana and Sivas and its location advantage, Malatya is now a very comfortable city in terms of road transportation. Its proximity to border gates, especially Mersin and Trabzon ports; It provides advantages in commercial relations to be established with companies in Mediterranean countries, Russia and Middle East countries. Scheduled bus services to Kayseri, Ankara, Adana, Mersin directions in the west and south directions and Elazığ, Bingöl, Tunceli, Diyarbakır directions in the east direction at regular intervals during the day and at night make the province attractive in terms of logistics.

The distances of Malatya to the port and border gates are as follows.

Malatya Erhaç Airport, which is 34 kilometers away from the city center, is used by both civilian and military aircraft. THY, Pegasus, Sun Express and Onur Air are the companies that organize scheduled flights at the airport, with 45 flights per week. In January 2015, the port, where a total of 51,534 passengers, 209 of which are international flights, can meet the needs of the city for now.

Both passenger and freight transportation are carried out intensively by the Southern Express passing through Malatya, the 4 September Blue Train, the Fırat Express and the South Van Lake Express.

Our city will become more active in railway transportation with the construction of road and loading ramps for the 1st OIZ region and the implementation of the railway logistics base project planned to be established in Malatya by TCDD Malatya Regional Directorate to expand railway transportation in Malatya. In addition, with the realization of the project of the high-speed train extending from the west to the province of Sivas to Malatya, passenger transportation will be carried out in a safer and faster way.